tʌɪt is a self-constructible, kinetic and shareable piece of urban furniture that deploys principles of blockchain technology to promote more decentralised approaches to social inclusion of individuals who are homeless in public space. Designed according to implicit programming, once it is left in place, tʌɪt aims to problematise the multifold way in which public space is used and shared, suggesting the possibility of having an ecological (relational) understanding of its construction by people belonging to diverse sociocultural spheres. 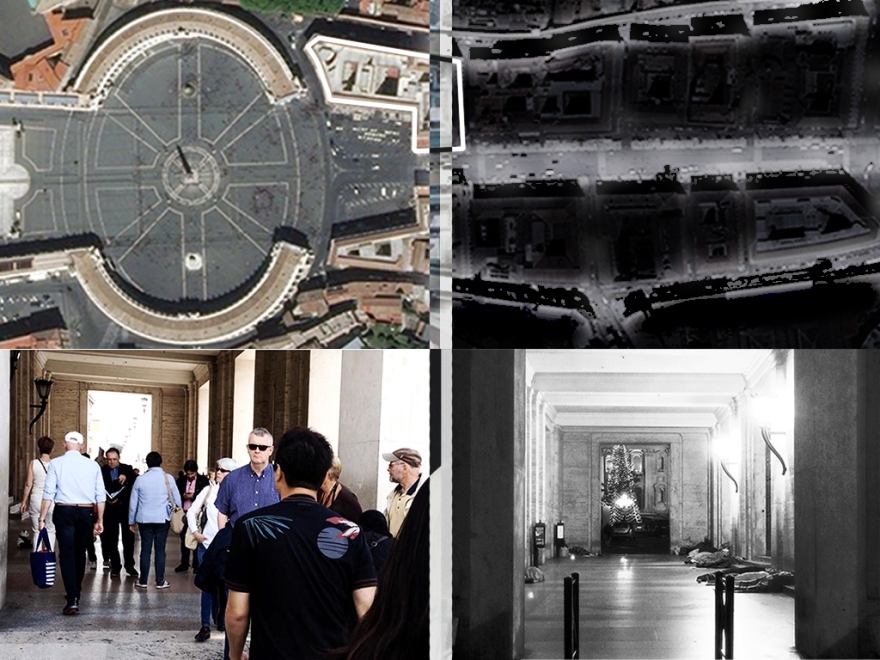 The project took place in a portico area near St Peter’s Square in Rome. This shows how the routine of people who are rough sleepers is structured around an array of activities that range from tidying and cleaning up the area of the portico early in the morning to using it as a congregational and sheltered sleeping area overnight. The presence of people who are rough sleepers is a masquerade under an apparent mundanity in the daytime with tourists, pilgrims and passers-by stepping under the portico, to be finally revealed only at night when the area surrounding the portico is almost emptied of the presence of individuals other than rough sleepers.

The concept has been to design a shared object while provoking questions with regards to the liminal and contentious sharing of the space of the portico.

tʌɪt is made to function as a public ledger, which reminds individuals of the traces of its use and the use of space by other practices. This aspect is deeply linked with its materiality, recycled cardboard. The use of this material was not only motivated by the fact it is symbolic of homelessness, cardboard is in fact used for rough sleeping.

But rather because cardboard is a fragile and precarious material. Applied to the construction of a piece of urban furniture it would have demanded people, i.e. both homeless people and passers-by, to take care of it. While tʌɪt’s inner fragility echoes with the idea of smart contract, in design terms this implied the use of implicit programming in form of feedforward: object’s precarity demands care, inviting individuals to reason upon their actions. In other words, tʌɪt provides users with the possibility of choosing whether their actions and practices could harm or not the system/object. 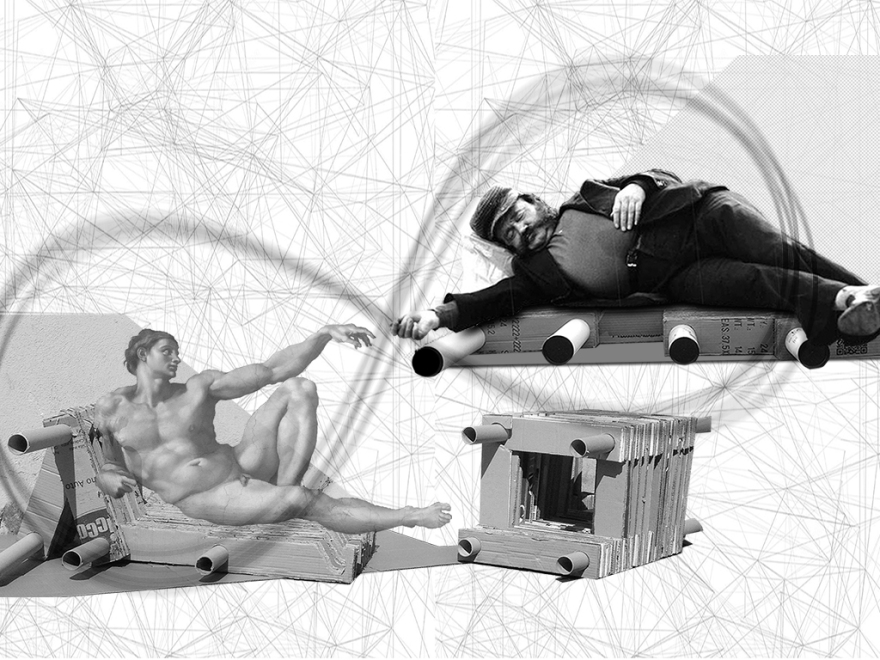 Each person utilising tʌɪt participates in the process of sharing it. By using the object, each user becomes part of the process of mediation and sharing while by respecting the fact the object is fragile, the user allows a remote other to enjoy and use tʌɪt in a future moment. In so doing, a form of mutual cooperation and dialogue is manufactured. However, this does not happen only through its use. Rather, the

participatory process also comes as a form of external control towards who is using the object, which invites individuals to a sense of responsibility towards the other.